The University of Florida recently announced their first Community Police Academy. This academy is open to anyone associated with the university and their family members over 18 years old. This is a free program.  Some of the topics covered include Patrol Operations, K-9, CIRT, Crime Scene Investigations, Firearms Simulator and Response to Resistance. The program will run September 18-November 13, from 6-9PM on Wednesday nights. If interested in participating, contact Officer Dianna Ullery at dullery@ufl.edu or 352-392-1409. 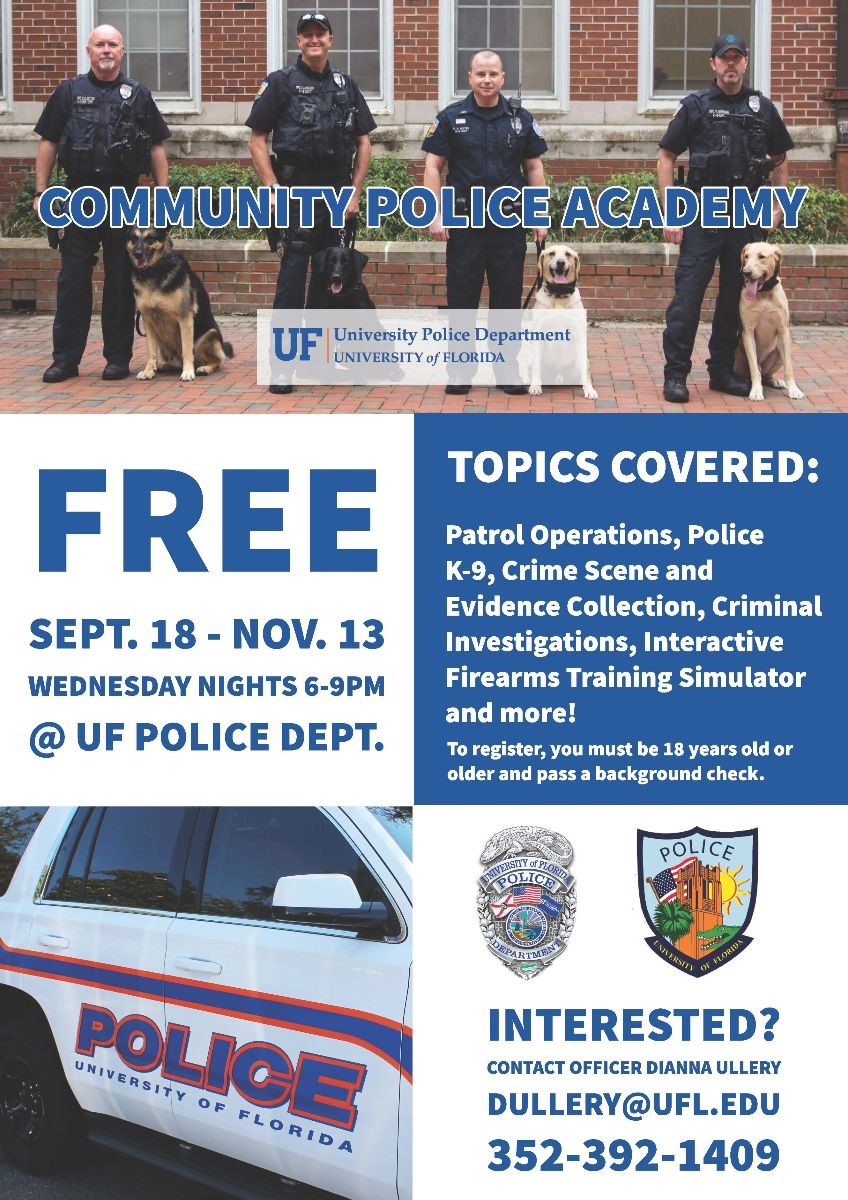